by Ebony Adedayo. Originally published on her blog.

After the Charlottesville riot on Saturday, I wrestled with the idea of writing a piece  that would convincingly urge my Christian brothers and sisters to respond. I first contemplated the idea of speaking to the need for the Church to condemn the protest and violence of white nationalism, but it felt somewhat shallow. I then thought about issuing some sort of prophetic thesis, outlining the biblical mandate of justice and love for one’s neighbor. This too felt inadequate. Finally, I concluded that the church in America needed to have a bigger presence in not only speaking out against Charlottesville but all the other displays of white supremacy and nationalism, manifested through police violence, discrimination, lack of affordable housing, poor schools, and the school to prison pipeline. This approach, similar to the other ones, seemed to be gravely missing something.

Scrolling through Facebook, I noticed friends and acquaintances of mine hammering out these same messages. Watching CNN, I saw pundits from both sides of the political aisle putting their own spin on these same perspectives. I suspect that clergy all across America, mounted their pulpits Sunday morning rebuking not only Charlottesville but every vestige of white supremacy in America. And business leaders, if for no other reason but out of concern of their bottom line, have also put in their two cents about these racist events.

And that is when I realized that there is quite literally nothing more than I can say that has not already been said. I couldn’t devise a more clever Facebook post, or a more profound tweet, write a more convincing blog post, or preach a more compelling sermon simply because there has already been an abundance of information communicated through nearly every medium possible. And that is not just in regards to this particular incident. No, whether it was through BlackLivesMatter, the Black Power Movement, the Civil Rights Movement, the Abolitionist Movement, or in response to Charleston, Mass Incarceration, the War on Drugs, Jim Crow, or slavery, people have been speaking. Activists have been fighting, preachers have been raising holy hell, intellectuals critiquing, educators teaching, prophets prophesying, thought leaders proffering new ideas to get not only the church, but America’s people to pay attention to the disease of racism and white supremacy in our nation. END_OF_DOCUMENT_TOKEN_TO_BE_REPLACED

Only one person raced as Egyptian (White) exits Whiteness alive—Moses. Can people raced as White locate themselves in Moses’ narrative and escape? Moses was not raced as ‘White’ from his mother’s womb. He was raced by Whiteness as Other.

END_OF_DOCUMENT_TOKEN_TO_BE_REPLACED

Dog-whistle politics. Protest in the streets. Changing religious norms. For many, there is trouble to be seen everywhere we look. In Trouble I’ve Seen: Changing the Way the Church Views Racism, author and theologian Dr. Drew Hart shares the racism he has observed in the American church and in the larger culture.

END_OF_DOCUMENT_TOKEN_TO_BE_REPLACED

It is well known that Israel’s exodus from Egypt is a central story for liberation movements, and it could be a way for people who have been raced by Whiteness as White to “inhabit the world beyond the theological problem of whiteness.”[1] I am inspired by African American biblical hermeneutics and the lyrics of slave spirituals that underline the resonances of exodus within enslaved Africans’ hearts and their hermeneutical freedom to identify the Egypt land with the US south.[2]

END_OF_DOCUMENT_TOKEN_TO_BE_REPLACED

“Why do we discriminate? The big factor isn’t overt racism. Rather, it seems to be unconscious bias among whites who believe in equality but act in ways that perpetuate inequality.”

White American Christians need a liberation theology of their own to free them from the denial of their own past. White Amer-Europeans must courageously own their past—without guilt but with great intentionality—to change the present and the future.

END_OF_DOCUMENT_TOKEN_TO_BE_REPLACED

I’m a member of a special task group on racial reconciliation that consists of a dozen or so pastors from around the Twin Cities. We’ve been meeting periodically for the past year or so in order to strategize how to help the Church of the Twin Cities as a whole move forward in racial reconciliation. The other day we were discussing what we thought was the main obstacle(s) to the Church becoming a reconciled, diverse, community—one that manifests the truth that Jesus died to “tear down the walls of hostility” between people groups (Eph 2:14-15).

END_OF_DOCUMENT_TOKEN_TO_BE_REPLACED

After reading this powerful poem by friend and brother in the struggle Shawn Casselberry, I got him on the phone for an interview. Here’s a little of what we talked about. Shawn lives with and serves his Chicago neighborhood with his brilliant, creative wife, Jen, and their big, always-excited dog. See his bio after the interview.

END_OF_DOCUMENT_TOKEN_TO_BE_REPLACED 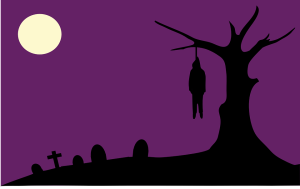 As the sun set and the wind picked up, we stood under this tree and held a memorial for four men who were lynched here. Beaten and hung. Murdered.

We dug soil from the ground that once absorbed their blood, and we prayed, wept, and sang. We remembered the mothers of the men and boys killed there in 1897 and thought of the mother of Jesus, who stood at the foot of the cross as her son was beaten and hung. Murdered.