by Craig S. Keener, originally published on his blog.

One of my recent posts showed the local protest march in which my wife and I participated, and which our teenage daughter helped organize. One honest question has come up so often in response that I want to address it here.

Would Jesus have attended such a march, some have asked? Marching in parades aside, some feel that marching for racial justice, for the unborn or for other specific causes that suggest protest are inconsistent with proper Christian meekness. (I am assuming that those asking the question are also pacifists, since violence, and especially lethal violence, seems much less meek than nonviolent protests.) So, in consultation with my daughter Keren, I offer the following considerations.

First, it may be helpful to note the purpose of marching. Marching commands public attention in the way that individual voices often cannot. It also provides solidarity for the hurting and fearful. It lets them know that they are not alone; for the sake of the unity of the church that has too long been divided by race, now is an opportunity for non-black Christians to stand with our African-American brothers and sisters. END_OF_DOCUMENT_TOKEN_TO_BE_REPLACED 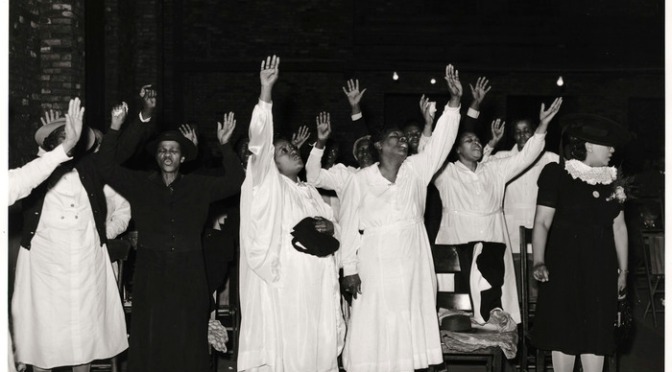 Many Pentecostal Christians have been divided in how to respond to recent events. The rallying cry for most (as it has been for years) is “Black Lives Matter,” a statement which shocks us with its brazenness; it highlights the fact that African-American lives in particular are at disproportionately high risk in the United States, and has forced many of us to consider our own nations’ treatment of African-American and First Nations people.

Given the complexity of the issues, it can be extraordinarily difficult to formulate a coherent, careful response – so many of us have stayed silent.

However, it is imperative for the people of God to respond, and indeed many church organisations have already added their voices to the conversation. How, then, should Pentecostals seek to respond to these issues in a Godly way, led by the Holy Spirit?

Let us do so by reminding ourselves of the history of our movement. Like many such reflections, we begin in Acts, where the Holy Spirit falls with tongues of fire upon men and women, Jew and Gentile, causing no small amount of controversy.

The early church is prompted by the Spirit to challenge both injustice and domination; throughout the narrative of Acts, we see the early Christians (an underprivileged minority group) given agency through the Spirit, fighting persecution through acts of love and kindness – and solidarity with the poor and oppressed, to the point of martyrdom.

Of course, let us not forget that Jesus himself died alongside criminals, viewed as a criminal and disproportionately punished, murdered by an oppressive system. END_OF_DOCUMENT_TOKEN_TO_BE_REPLACED

Agu Irukwu, senior pastor of the Jesus House and the Pentecostal President of Churches Together in England, recently shared on Premier Christianity the six kinds of responses he would like to see from Christians in the aftermath of George Floyd’s death and the protests that are going on:

“I understand how frustrations can boil over as a result of an incident like this.”

“As a Christian, it is one of the most effective things I can do.”

“This does not in any way trivialise the very real pain, hurt and frustrations that are being experienced by many African Americans who suffer the impact of an ingrained racial bias in the system.”

“Evil and injustice thrives when good people do not speak out.”

5. Name and address institutional racism in your country

“We have inherent inequalities in our own systems. The institutional racism that exists must be named and addressed.”

6. Build on the work already being done

“I am resolved that I will do all that I can in my various capacities to encourage more representation of black and ethnic minorities in our institutions.”

It seems sometimes that in the national debate about #TakeAKnee the focus has become about “the flag” and “the anthem”, and it is often being forgotten that #TakeAKnee is a protest about the systemic injustices of law enforcement against people of color.

Yet even if that is forgotten in the news and chatter, this is still intensely about race.

The #TakeAKnee protests in the NFL (and spreading across the sports world) are offensive precisely because they began with black athletes.

The offense people are taking as disrespect to the flag, the anthem and to “America” itself comes because these are black athletes protesting.

END_OF_DOCUMENT_TOKEN_TO_BE_REPLACED

After reading this powerful poem by friend and brother in the struggle Shawn Casselberry, I got him on the phone for an interview. Here’s a little of what we talked about. Shawn lives with and serves his Chicago neighborhood with his brilliant, creative wife, Jen, and their big, always-excited dog. See his bio after the interview.