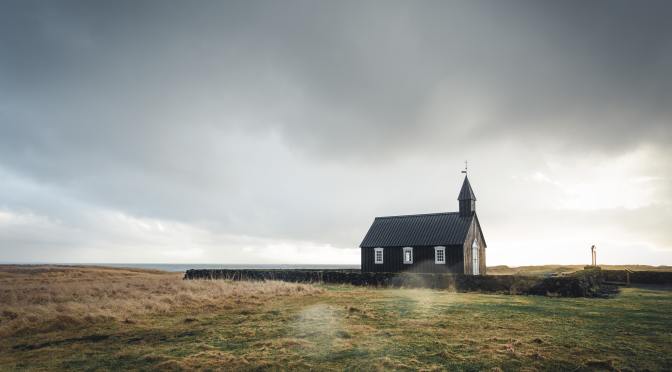 Nationalism advocates the view that America is God’s “special nation” and that this nation is the best nation that’s ever existed anywhere, and implicitly propagates that all other nations, peoples, and races have something defective, lacking, wrong, or even evil in them. END_OF_DOCUMENT_TOKEN_TO_BE_REPLACED

The Pentecostal World Fellowship has produced some excellent material about COVID-19 that will be handed out in areas with limited access to information. Through Pentecostal churches and networks, it will hopefully reach 100 million people.

“As far as I know, this is the first time ever that the Pentecostal global network has coordinated an informational campaign about an urgent crisis in society in this way. We hope we will reach out to people in churches all over the world and be able to contribute in limiting and reducing the spread of COVID-19 in societies. This is a chance to be there for marginalized groups who might otherwise not be reached,” Niclas Lindgren, director of Swedish organization PMU that has helped producing the material, said in a statement.

Some examples of the advice provided in the material:

We are at the moment living through a Covid-19 pandemic and many are asking the question why would God allow such a harmful virus and why would he allow so many people to die?  Some Christian preachers are attributing this viral outbreak to our nation’s sin–two in particular but such preachers conveniently ignore other types of sins such as disregard for creation.  Regardless, the preachers seem to be saying that we have this horrible virus because God is punishing us.  But is that what the Bible really teaches and is that really who God is?

I begin with how the Bible speaks of God as LOVE.  In 1 John 4:7-8, we are taught that God is love.  Not that God loves or that God does loving things, but that God is himself love.  I don’t believe God is sending lethal viruses.

God has chosen to partner with human beings

In the beginning of Genesis, God created human beings in God’s image.  As image bearers God gave human beings the task of ruling in the garden.  They were to produce families, food, tend the animals and cultivate the garden and co-work with God in creative ways.  The first humans were to do this in relationship with God, accepting God’s wisdom, guidance and influence. But as the story goes, human beings were led astray by a deceptive being and found themselves following the wisdom of the serpent.  (The serpent is an image for wisdom in the Ancient Near East).  (Genesis 1-3) END_OF_DOCUMENT_TOKEN_TO_BE_REPLACED

Within the span of weeks, the United States has gone from having a handful of cases of COVID-19 to leading the world in cases of infection. This has left much of the world bewildered. Seeing how the virus was affecting other nations, with months of notice, we were still left unprepared. What is it about the structure and function of our country that left us so vulnerable to what should have been a more manageable situation?

For two millennia, in times of turmoil Christians have turned to the Revelation of John for insight. The text has wisdom to share in this time of pandemic as well. By understanding the nature of apocalyptic literature—a type of writing that would have been familiar to the earliest church who experienced Pentecost but is strange to us—American Christians can begin to address difficult questions about our nation’s response. More importantly, we can turn to the biblical text to learn how the church can faithfully respond in this time.

The translation Revelation in the book’s title comes from the Greek apokalypsis, which literally means uncovering or revealing, like removing a veil. In the case of the Apocalypse of John, Jesus Christ has opened something up to the Seer that is meant to be shared. When Pentecostals share a dream or vision with the church, they are engaging in the continuation of this tradition. Paul uses the same Greek term to refer to the spiritual gifts when he writes that “each one of you has a hymn, or a word of instruction, a revelation, a tongue or an interpretation” (1 Cor 14:26, NIV). In the same verse he names the purpose of these gifts: “that the church may be built up.” And if there was ever a time the church was in need of building it up, it is now.

END_OF_DOCUMENT_TOKEN_TO_BE_REPLACED

I have a tradition: when I get sick, I listen to John Wimber. The former leader of the Vineyard movement who went home to God in 1997 is my absolute favorite theologian and he often talks about healing and hope, which is encouraging when one’s own health fails. His Bible studies on evangelism, poverty reduction and discipleship are just as good.

I especially love when he connects these topics with his charismatic theology as a true charismactivist! Wimber’s charismatic ministry is characterized by a great deal of realism, caution and humility, where suffering finds room alongside healing.

My wife Sarah and I are, like millions of others around the world, isolated in our home due to the COVID-19 pandemic. In my case, this means more time for writing and reading, but I also like to listen to good teaching and this is a golden opportunity for me to return to John Wimber’s fantastic lecture series from the “Signs, Wonders and Church Growth” conference in Pasadena 1985. Fortunately, these lectures are still on YouTube.

In addition to teaching, Wimber devotes much time in these videos to his “clinic” with prophetic words and prayers for the sick, where several healings are captured by the camera in real-time. END_OF_DOCUMENT_TOKEN_TO_BE_REPLACED

We love the church. We love how beautiful, fun, messy and weird she is. She is the body of Christ, the city on a hill, the messenger of salvation.

However, this very love also compels us to point out when some of her bodyparts do things that are very, very wrong.

As the coronavirus pandemic marches on, we’re sad to report that the response of some Christians has been outrageously damaging. Either by using the crisis to earn money, spreading wild conspiracy theories or encouraging their church members to infect each other.

We must not forget that many other Christians do an amazing job of combatting the virus, helping the vulnerable and preaching the Gospel.

That being said, let’s have a look at the five worst Christian responses to the pandemic. END_OF_DOCUMENT_TOKEN_TO_BE_REPLACED

As the new coronavirus spreads across the world there is a big risk of it becoming a full-blown pandemic, killing tens of thousands if not millions of people. The complaint of the World Health Organization is that many countries are ill-prepared for handling this.

It’s not hard to see why.

Two things are crucial for stopping an infectious disease before it transforms into a pandemic: international cooperation and universal health care of good quality. When these are missing, the likelihood of certain areas around the world becoming infection hubs increases, which in turn spreads the disease uncontrollably.

In a worst-case scenario, between 60 and 80 percent of the global population might get infected by the new coronavirus, killing tens of millions.

Unfortunately, there are two trends that go against international cooperation and universal health care – one ideological and one economic. I’m thinking of nationalism and economic inequality. END_OF_DOCUMENT_TOKEN_TO_BE_REPLACED