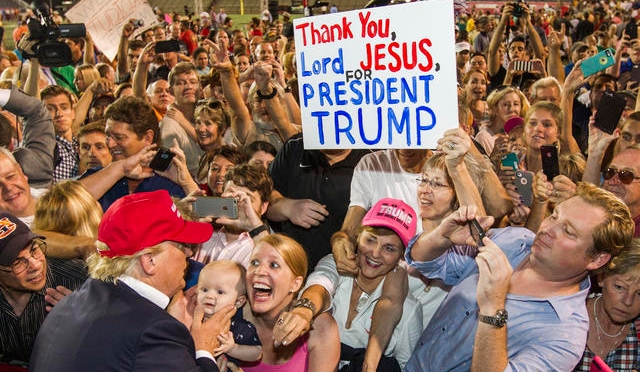 People often ask me: “Why do so many evangelical Christians support Trump?” . It’s a good question. What is with having a high view of Scripture that leads people to celebrate someone who in so many ways doesn’t sound and act like Jesus?

The difference between these groups is not their view of Scripture: they all see it as the authoritative Word of God. Something else is going on here. Let’s look at some statistics to find out!

END_OF_DOCUMENT_TOKEN_TO_BE_REPLACED 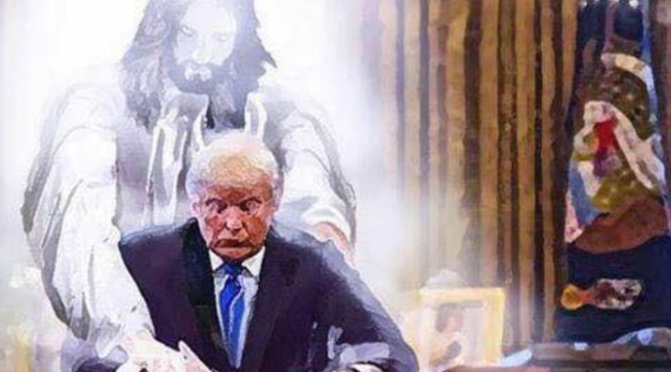 Almost every Evangelical knows what the 81% means when talking about politics. Nothing more actually needs to be said in many cases because most on both sides of this political discourse know. If you are reading this and you don’t know, where have you been? That percentage represents the 81% of white evangelicals who voted for Trump in the 2016 election. Others state that 35%-45% of all evangelicals voted for Trump. And still others debate if it was 81% at all. At the end of the day, it does not really matter the exact number because what we are seeing in America is that too many Evangelicals voted for Trump knowing all he represented BEFORE going to the polls.

What white evangelicals saw (and continue to see) in Trump is a hero. Some even have referred to him recently as Jesus Christ himself with a billboard ad that stated “the Word became flesh” (verified here for those who can’t believe anything negative). THAT is scary!

They see him as the hero that will be the one to slow the growth of diversity (specifically brown taking over America although Brown as in Latinos is the majority in the U.S. already), slow the shrinking role of religion (because in no way does legislating public and private behavior even for non-Christians look like the Taliban) and here’s the biggie reversing Roe vs. Wade, which if can accomplish that, he will be delivering on an evangelical dream that five Republican presidents, including Ronald Regan could not deliver. All this is mesmerizing for white evangelicals so much so that they are willing to do (and have done) anything to get these deliverables, even if they have to sell their soul to do it. Which they have also done.

For many (not all) evangelicals of color, Trump is simply a tragedy in American politics. At first no one took this reality star seriously but then a shift occurred, a racist base was rallied and a biblically illiterate and/or privileged white evangelical community aligned with his agenda and well, the rest is history.

END_OF_DOCUMENT_TOKEN_TO_BE_REPLACED

Only one person raced as Egyptian (White) exits Whiteness alive—Moses. Can people raced as White locate themselves in Moses’ narrative and escape? Moses was not raced as ‘White’ from his mother’s womb. He was raced by Whiteness as Other.

END_OF_DOCUMENT_TOKEN_TO_BE_REPLACED

Dog-whistle politics. Protest in the streets. Changing religious norms. For many, there is trouble to be seen everywhere we look. In Trouble I’ve Seen: Changing the Way the Church Views Racism, author and theologian Dr. Drew Hart shares the racism he has observed in the American church and in the larger culture.

END_OF_DOCUMENT_TOKEN_TO_BE_REPLACED

It is well known that Israel’s exodus from Egypt is a central story for liberation movements, and it could be a way for people who have been raced by Whiteness as White to “inhabit the world beyond the theological problem of whiteness.”[1] I am inspired by African American biblical hermeneutics and the lyrics of slave spirituals that underline the resonances of exodus within enslaved Africans’ hearts and their hermeneutical freedom to identify the Egypt land with the US south.[2]

END_OF_DOCUMENT_TOKEN_TO_BE_REPLACED

White American Christians need a liberation theology of their own to free them from the denial of their own past. White Amer-Europeans must courageously own their past—without guilt but with great intentionality—to change the present and the future.