In the 1990’s, the Vineyard movement was given the prophetic name “Worship and Compassion”, which accurately portrays the double-edged sword of the movement as it tries to find the radical middle between evangelicalism and Pentecostalism. Other Pentecostals and Charismatics can learn a lot from how Vineyarders integrate peace and justice in their charismatic life.

Our friends at Vineyard Justice Network recently promoted The Ferment Podcast in which Vineyarders as well as other Christians are asked about their thoughts on worship and transformation. I would like to highlight a few episodes of special interest to PCPJ members:

Tina Colón Williams, on being both a worship pastor and an immigration attorney.

Sam Yoder, on journeying from being old-order Amish to a worship song writer.

Carol Wimber-Wong, on the origin of the Vineyard movement and its roots in evangelical Quakerism.

See our other podcast tips here. 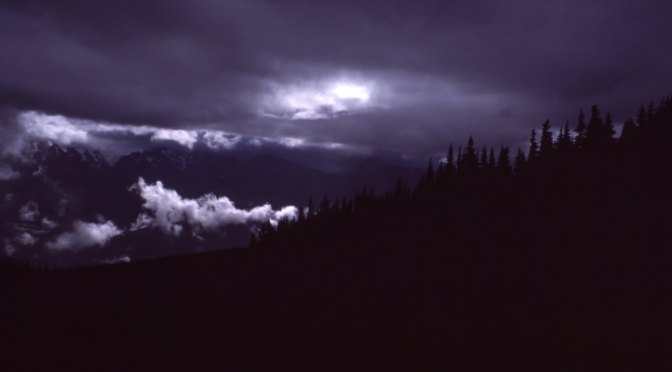 by Christian Mölk, originally posted on his blog.

In 2015, 41,000 asylum-seeking Afghans came to Sweden. Many Christians opened their homes and churches and welcomed asylum seekers with open arms.

Many asylum seekers saw the love of the Christians, and they became part of the Christian community. In their desperate situation and dream of a new and better life far from war and poverty, they sought Jesus and found peace, forgiveness, and salvation.

Since a person who has left Islam cannot be deported to Afghanistan, the world’s second most dangerous country for Christians, the Swedish Migration Board needs to decide whether the converts are genuine Christians or not.

END_OF_DOCUMENT_TOKEN_TO_BE_REPLACED 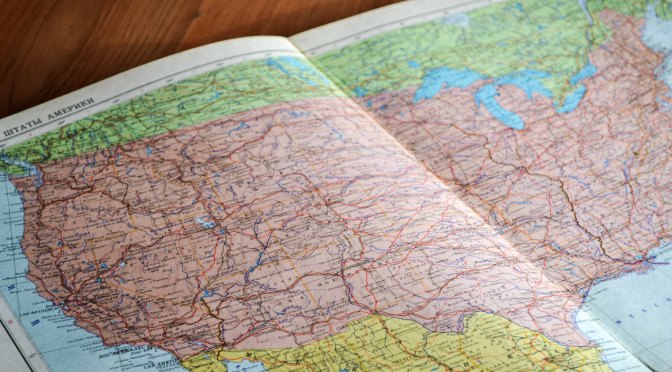 What makes this issue particularly relevant for Christians — and those of us at Pentecostals & Charismatics for Peace & Justice — is that Attorney General Jeff Sessions invoked the Bible in defense of these sorts of policies. Sessions is correct that most Biblical scholars understand Romans 13:1-7 to be discussing submission to governing authorities. Christians, who are supposed to love our enemies (Romans 12:17-19, 13:8-10), are supposed to love the state that persecutes them (as would have been the case in Paul’s context). This passage is not about blind allegiance to governmental policies that may be unfair, unjust, or unholy.  END_OF_DOCUMENT_TOKEN_TO_BE_REPLACED

How might we find our way Biblically around DACA?  If the Bible is our compass and guide, what might we find that would give us direction as believers on various immigration issues such as DACA? And what insights can we gain to discern about the construction of walls? As one following the legislation currently being debated, lawmakers are considering tying the building of a wall between Mexico and the US to DACA legislation. As a means of self-disclosure, I favor a comprehensive immigration reform to create a better, more humane immigration system in this country.

DACA recipients are the DREAMERS who long to be welcome and have a future within the country they grew up. DACA stands for Deferred Action for Childhood Arrivals. What that means is that if a person came as a child, deportation action could be deferred.  Those who came to this country as children did not have the ability to choose but came with their parents.  Many young people who came as children grew up in this country and it is the only country they have ever known.  According to a Supreme Court decision in the 1980’s, the court determined that it was in the best interests of this nation that unauthorized children should be allowed to receive a public education.  We have approximately 790,000 unauthorized immigrants who have received DACA status.  DACA was to be renewable every two years provided the conditions were met. END_OF_DOCUMENT_TOKEN_TO_BE_REPLACED 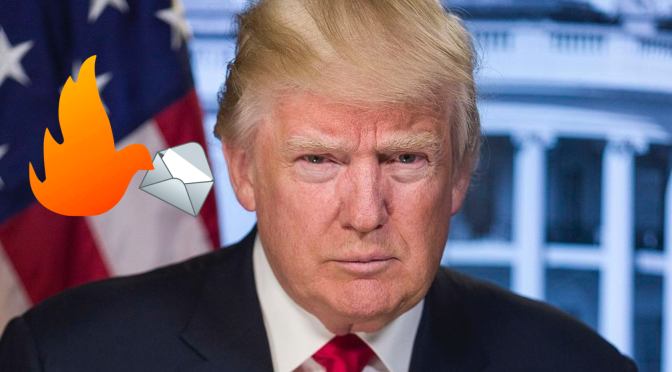 It’s time for Pentecostal and charismatic leaders that are critical to Trump’s bizarre presidency to speak up.

We call upon all sorts of leaders – pastors, scholars, CEOs, politicians, NGO representatives and others – that are part of the Pentecostal-charismatic movement to sign our open letter to president Donald Trump. The letter will be sent to the White House on the anniversary of his inauguration, January 20th.

This is not a partisan letter. Regardless of our political affiliation and opinions, we feel that Trump has taken politics to such extremes that Christians on both the right and the left of the political spectrum together should say “No!”.

The areas we at Pentecostals & Charismatics for Peace & Justice have identified as important to speak up about are:

To read the letter and sign it, go here.

Together, we and the Holy Spirit can change the world. 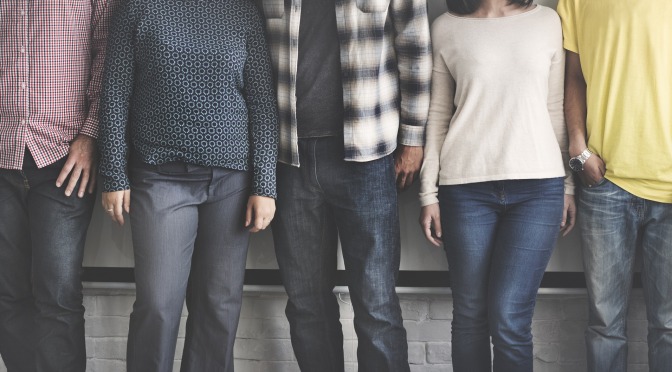 As Jesus was preparing to leave the earth and ascend to heaven, He gave his disciples a few instructions called the Great Commission. Jesus directed his remaining followers to go and make disciples of all nations, teaching and baptizing them in the way of the Lord. For the last 2000 years or so, that is just what the church has done (albeit imperfectly and not always contextually). Since Pentecost, ministers of the gospel have gone out to other places in the world to preach and teach the Word of God, and have led billions upon billions to faith in Jesus Christ. Amazing, right!

Over the last few hundred years, however, this cross-cultural ministry has primarily been led by American and European missionaries. Out of a desire to win the lost in exotic, third world nations (and sometimes out of a desire to colonize those nations, let’s just be honest) they have crossed land and sea, spending their entire lifetime discipling people in the way of the Lord. Yet, as a result of immigration and other global trends/ situations, something quite fascinating has taken place.

Now people of other nations and ethnicities are coming to America, looking for opportunities to start over, raise their family, receive education or just live to see another day. This has wonderful implications on the gospel and missions efforts, because now the very people that we’ve been trying to reach are our neighbors. But instead of reaching out to them, inviting them into our churches, our homes, our lives, many Christians and churches are pushing them away. END_OF_DOCUMENT_TOKEN_TO_BE_REPLACED 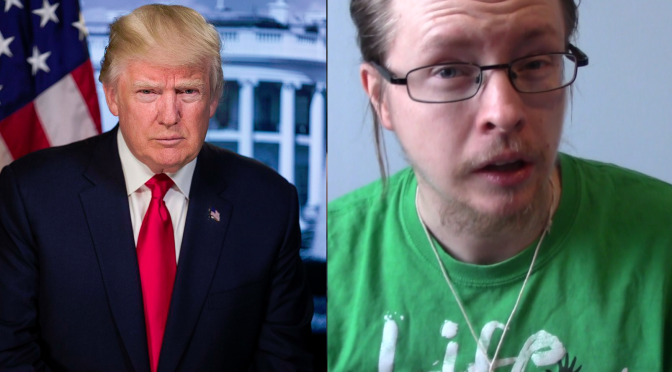 Trump has said that refugees the US is receiving legally are “illegal immigrants”. He’s not the only one misusing the term though, I can’t count how many times American Christians have told me that the biblical commands to welcome and care for the stranger don’t apply to “illegal immigrants”. It’s time to stop using those words and treat everyone equally as human beings created in the image of God.

Micael Grenholm is editor for Pax Pneuma. Having studied theology as well as peace and development studies in Uppsala, Sweden, Micael Grenholm’s passion is to combine charismatic spirituality with activism for peace and justice. Apart from editing the Pax Pneuma website he vlogs for the YouTube channel Holy Spirit Activism and is active with evangelism and apologetics both locally and online.

Who are the poor in scripture and how are they to be treated among the community of God’s people? As believers and those who believe the Bible is our guide, we might examine the many stories, and passages in the Bible to find our way through the various conundrums our society faces.  Especially as believers, we have a great and holy call to be agents of God and healers of a sin-sick world.

The group I wish to examine in the Bible are the widows, orphans and foreigners.  They are described as the vulnerable ones who need the extra support and focus from God’s people.  They are also the ones whom God has said that He himself would defend.

Who are the widows?  Widows often become poor or socially vulnerable due to the loss of a husband.  This could apply to women who are divorced and raising small children, to women who are emotionally abandoned through abuse and neglect by a spouse.  These are women whose husbands have died and are now vulnerable in the community. END_OF_DOCUMENT_TOKEN_TO_BE_REPLACED 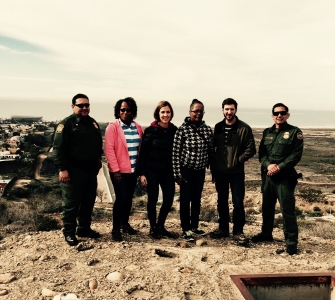 I am in Tijuana, Mexico, this week with Palmer Seminary students for our “Ministry on the Borderline” travel course, which focuses on immigration and the systems that propel undocumented immigration into the US (economic, social, etc.). We are being hosted by Raymond Schellinger, an American Baptist Church USA missionary who lives in Tijuana, and staying at Deborah’s House, a shelter for women and children victims of domestic violence. The students are learning about the systemic nature of violence in family, communities, and countries at large (especially in the relationship between the USA-Mexico as it is symbolized by the border fence).