I’ve written before about the “mark of the beast”, but it seems that every few years, especially around election cycles or the advent of some new technology, some Christians see circumstances that they believe will lead to “the mark of the beast” from Revelation 13.

So here are some thoughts about “the mark” versus the gospel of Christ’s love. Because the common understanding of “the mark” is not compatible with the gospel. One will invariably overtake the other in the end.

Firstly, the crux of “the apocalypse”, the central issue, the great “controversy”, is about Christ’s love.

It’s not about some overlooked ritual, the knowledge of a more correct doctrine, name, or command.

Instead it’s what sounds so simple, too simple, too elementary. It’s what the apostles proclaimed from the beginning, and what they wrote “we are nothing” if we do not have.

It’s not about the mere profession of the name of Jesus Christ, for he said that in the end many will call him “Lord, Lord” but will not do what he commanded them to do. (And we’ve seen that all too often throughout history, up to the present day.)

It’s not about proclaiming the doctrines of the gospel *unless* that gospel is backed up with living out grace in love for others. Of course many of Christ’s statements about himself offended religious leaders, and his miracles offended them, too. But what upset and offended them most was in all of those things he was giving grace and mercy, proclaiming God’s justification and love for the “sinners” that they felt above, for people they believed were undeserving.

END_OF_DOCUMENT_TOKEN_TO_BE_REPLACED

It’s easy to laugh at all the insane conspiracy theories floating around right now, with people claiming that coronavirus vaccine will kill you, change your DNA or transform you into a satanist. But really, it’s nothing short of a catastrophic tragedy that millions of people seriously believe these kinds of things.

As Christians, we should be extra alarmed by the fact that evangelicals seem to be more prone to believing and spreading COVID conspiracy theories than others.

YouTube, TikTok and other Internet platforms have no lack of Christians claiming to “prophesy” that the vaccine will insert microchips or that nurses will try to kill you if you don’t want to get vaccinated.

Apparently, the fact that many Pentecostals got their Trump prophecies wrong has not kept Internet preachers from using prophecy to push their own agenda.

To combat this pandemic of misinformation, Christian leaders need to speak up. This is exactly what the superintendents of the Pentecostal churches in the Nordic countries – Denmark, Finland, Iceland, Norway and Sweden – decided to do last week. In a joint statement, they warned against conspiracy theories and YouTube prophets, telling their flock to listen to medical authorities and take the vaccine.

END_OF_DOCUMENT_TOKEN_TO_BE_REPLACED 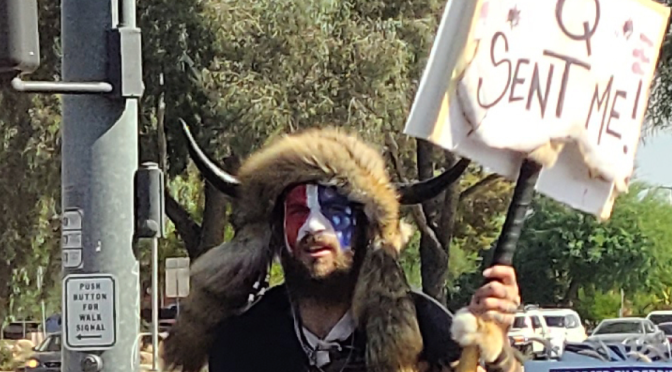 QAnon has been labelled one of the most dangerous conspiracy theories today. Through the power of the Internet, the antisemitic cult that accuses celebrities and liberal politicians of pedophilia and blood libel and claims that only Donald Trump can save the world from satanism, has grown exponentially and was a dominating force behind the terrorist attack against the US Capitol.

Here are four testimonies from people close to Christians who have joined QAnon. Make sure to pray for them, and keep warning those around you for the danger of this cult!

“Please help me bring my husband back to reality”

All of this started about a month and a half ago when my husband began watching videos from a “prophet.” We are Christian and he has often watched things about prophets before, but I noticed a lot of the language seemed political which he usually doesn’t get into, and it also seemed a little paranoid.

END_OF_DOCUMENT_TOKEN_TO_BE_REPLACED 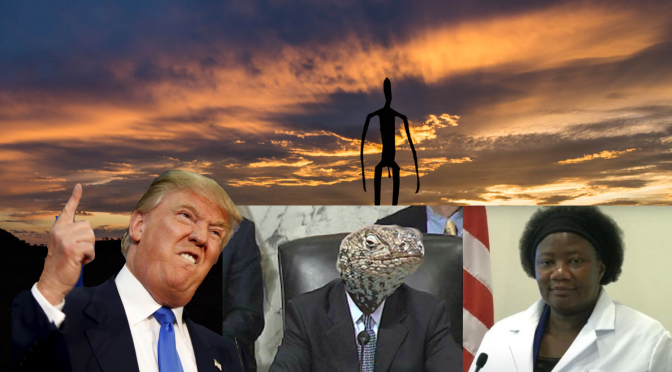 Now, there’s a headline you don’t get to write every single day. Nor do you often get to see this trending on Twitter:

2020 continues to deliver when it comes to weirdness. So does President Donald Trump.

Here’s the story in a nutshell. Donald Trump’s son, aptly named Donald Trump Jr., recently labeled a video with Houston doctor Stella Immanuel a “must watch” since she promotes the drug hydroxychloroquine and says that face masks are unnecessary.

These opinions are in line with things that President Trump has said, even though most other physicians disagree. The president retweeted the video, apparently thinking that this would give medical credence to his corona policies. Madonna has also shared the video, calling Stella Immanuel her “hero”. END_OF_DOCUMENT_TOKEN_TO_BE_REPLACED

Nationalism advocates the view that America is God’s “special nation” and that this nation is the best nation that’s ever existed anywhere, and implicitly propagates that all other nations, peoples, and races have something defective, lacking, wrong, or even evil in them. END_OF_DOCUMENT_TOKEN_TO_BE_REPLACED