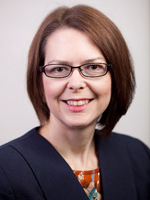 How does science relate to the supernatural? This intriguing question is one of the issues that professor Candy Gunther Brown at Indiana University has been researching. An expert on the international Pentecostal and charismatic movement, she has been particularly interested in Christian supernaturalism in the Global South, which broadly corresponds to Africa, Asia, and Latin America. Micael Grenholm of PCPJ got the chance to conduct an interview her.

MICAEL GRENHOLM: In your book Testing Prayer, you discuss whether science can prove or at least indicate the effectiveness of prayer for healing. What kind of reactions have you received?

CANDY GUNTHER BROWN: There has been a lot interest from various quarters. Some people are worried that scientific evidence will be used to endorse religion. But other people have expressed that they want to know what the medical record has to say about healing — which is a question of deep personal concern to many.

MICAEL GRENHOLM: Would you say that more Christians claim to experience miracles in the Global South compared to the Global North?

CANDY GUNTHER BROWN: Yes, this does seem to be the case.

CANDY GUNTHER BROWN: In the Global North, there are more medical resources, and these tend to be the first (and second, and third) line of response even for those who believe that God performs miracles today.

MICAEL GRENHOLM: You edited the anthology Global Pentecostal and Charismatic Healing, which discusses various aspects of this international and rapidly spreading movement. In its final chapter, you write: ”The globalization of divine healing networks fuels the twin engines of supernaturalism and democratization, which together forcefully propel the global expansion of Christianity.” Could you expand on that?

MICAEL GRENHOLM: What are the prospects of the global Pentecostal and charismatic movement to be a driving factor for peace and justice?

CANDY GUNTHER BROWN: That depends on a lot of factors. There are some noteworthy examples of Pentecostal and Charismatic churches in the Global South working for peace and justice. Donald Miller and others who have done research on “Progressive Pentecostals” provide useful information.

MICAEL GRENHOLM: Why do you think that several Christians who promote peace and justice have leaned towards an anti-supernaturalism?

CANDY GUNTHER BROWN: This may be a reflection of a broader phenomenon of a Calvinist heritage of cessationism — the idea that miracles ceased in the post-Apostolic age, so it’s up to Christians, without active involvement by the Holy Spirit, to do the work that needs to be done to change the world.

2 thoughts on “An Interview with Candy Gunther Brown”