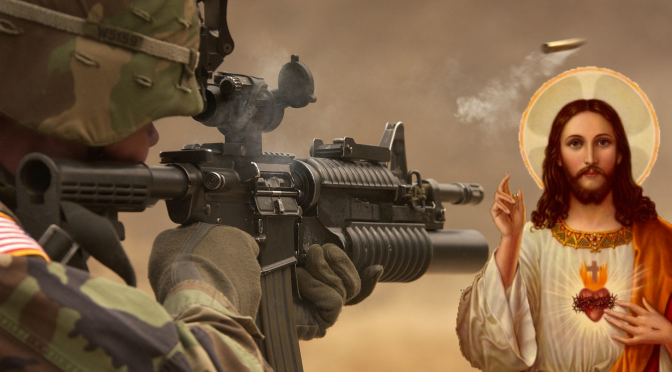 A common objection to the claim that Jesus and the authors of the New Testament were opposed to all forms of violence is that neither Jesus nor anyone else speaks out against it. When soldiers asked John the Baptist what they should do in response to his message, for example, he told them not to “extort money,” not to “accuse people falsely,” and to be “content with [their] pay” (Lk 3: 14). He didn’t tell them to leave the military. In a similar fashion, when Jesus encountered a distraught Centurion, he healed his servant and praised his faith without saying a word about his leadership role in the violent and unjustly oppressive Roman-governed army (Mt 8:5-13; Lk 7:1-10).

Along the same lines, without commenting on his military service, Mark reports that a Centurion confessed faith in Jesus when he witnessed how he died (Mk 15:39). And this same attitude gets carried over into the early church. Indeed, the first Gentile who came to Christ in the book of Acts was yet another Centurion. As Peter preached the Gospel to this man and his household, the Holy Spirit fell upon them and they were all baptized without a word being uttered about this man’s military service (Acts 10:44-8).

From Augustine to Aquinas to Luther up to the present time, these episodes have been frequently cited to justify Christians serving in the military. END_OF_DOCUMENT_TOKEN_TO_BE_REPLACED