Basil of Caesarea  (330-379) was a highly influential leader in the Early Church, who laboured and wrote extensively for the rights of the poor. His stance on wealth and poverty is blunt and uncompromising. It is also very relevant to today, where consumerism has achieved almost god-like status.

This piece shows that Basil was also a keen and unflinching observer of human nature – and human excuses. The writer identifies ‘the human tendency to adjust the definition of “need” to fit one’s current level of income.’

Basil was on to this 1600 years ago. His homily (practical sermon) on the man in Jesus’ parable, I Will Tear Down My Barns [and Build Bigger Ones], treats the barns not so much as symbols of wealth but rather as representing our definition of needs based on our circumstances.

‘In effect’, continues the article, ‘Basil says that if we never have any extra to share, this is due to the fact that whenever we find ourselves in possession of a surplus, we immediately adjust our definition of need to fit the new situation.’

(You say) “I will pull down my barns and build larger ones.” But if you fill these larger ones, what do you intend to do next? Will you tear them down yet again only to build them up once more? What could be more ridiculous than this incessant toil, laboring to build and then laboring to tear down again?

In his sermon “To the Rich”, Basil sees this as a form of madness.

“Those who have acquired wealth and have great possessions, desire more of the same, nursing the sickness by perpetual accumulation. Having so much here and now fails to bring them happiness, since they grieve over what they don’t have, and convince themselves they’re lacking. ‘We’re poor!’, they say. And it’s true, because a poor person lacks much, and much are you lacking because of your insatiable desires! What was it that killed Naboth? [1 Kings 21] Was it not King Ahab’s greed for his vineyard?”

And so, Basil concludes, you commit injustice to so many when you could have helped them – which applies to any level on the scale of wealth.

The issue of varying levels of need came particularly to a head in the monasteries. After all, if you live together, perceived inequality can be a death-knell. So Benedict of Nursia (480-c.545) had to address the matter in his Rule (which still governs Benedictine houses today, 1500 years later). He does so with great wisdom, rooted in scriptural principles, in Chapter 34:

“Whether All Should Receive in Equal Measure What Is Necessary:  It is written, “Distribution was made to everyone according as he had need” (Acts 4:35). We do not say by this that respect should be had for persons (God forbid), but regard for infirmities. Let him who hath need of less thank God and not give way to sadness, but let him who hath need of more, humble himself for his infirmity, and not be elated for the indulgence shown him; and thus all the members will be at peace.

Above all, let not the evil of murmuring appear in the least word or sign for any reason whatever. If anyone be found guilty herein, let him be placed under  severe discipline.”

I get the feeling that if this sentiment was more universally accepted and applied, a good measure of stress could be removed from our lives today. 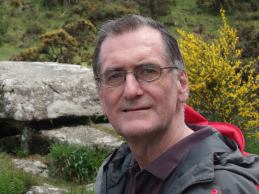 Trevor Saxby is a mentor, pastor and PhD in church history. Author of Pilgrims of a Common Life and part of the Jesus Fellowship Church in the UK. I love learning from the ‘movers and shakers’ of the past, as I want to be one today!