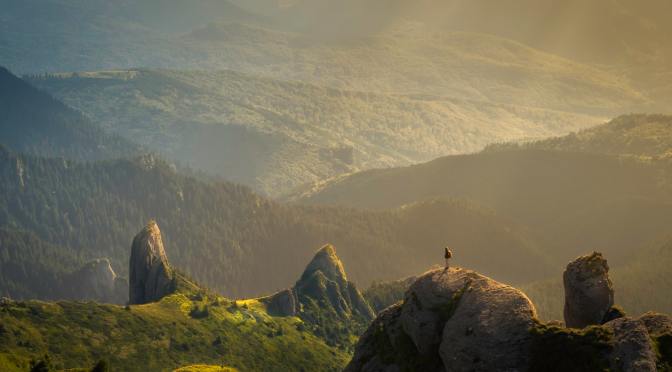 by Elias Kruger, originally published at the AI Theology blog.

As electors have cast their vote, we can breathe a sigh of relief: Donald J Trump is no longer president of the United States. Let that sink in! I honestly believe that even those who supported the president will not miss his conduct in the office, his tantrums, and undignified tweets. They may miss his policies but most will gladly dispense with his destructive personality.

The last four years have been a long whirlwind of chaos that I hope our nation never returns to. Just not having to deal with his tweets and the consequent media outrage surrounding it has been refreshing. Moreover, we can celebrate that civility is returning to the White House.

My main hope is that a Biden presidency can make politics boring again unlike the intrusive disruption it was in our lives for the last four years. With that said, this cannot be an invitation for disengagement as the work is far from complete. Let us not repeat the mistakes of 2009-2010 when an Obama presidency was quickly undermined by losses in the mid-term elections. While the electorate sat back, radical factions of the right woke up and mobilized. Their efforts would eventually bear fruit in the election of 45. A vacuum of a common cause that unites that country will invite a resurgence of irrational populism.

Listening to the 2020 electorate

How do we move forward? For those inclined, I recently posted a summary of election statistics. I don’t speak here as a progressive but as a moderate person of faith. First, it is important not to interpret 2020 as a mandate for the Democratic party. While the party re-took the coveted White House, the losses in Congress point to an electorate that disapproved of Trump but was not fully ready to ride a blue wave. If there was a mandate, it was for the parties to work together, a task that was all but impossible under the previous president.

In the past years, most of my comments and concerns were with a self-destructing GOP. While much work remains before Republicans become a vestige of the party it used to be, I think the moment calls for a plea to the other side. Biden won with a broad coalition that included moderates in the center along with die-hard progressives in the left. The threat of 45 was enough to bring them together but keeping the coalition together will be a different story. If we are to see Americans regain confidence in our institutions again, here is a place to start.

While Trumpism will certainly not fade away, its influence will be diminished in the next years. The best way to combat it is not to simply denounce it and shame its believers. Instead, it should be by showing a viable alternative that listens to the pain that made so many susceptible to populist lies and responds with effective governance. Sure, the right-wing noise machine will constantly put forth a narrative that undermines any progress that does not align with its narrow ideological shackles. Yet, we must believe that eventually, reality will break through the noise.

One of the greatest losses of the last 4 years was in our care for this earth. Trump’s withdrawal from the Paris accord and systematic dismantling of the EPA can have devastating consequences for the long term health of our nation. It is vitally urgent that these steps are remedied right away. It is encouraging to hear that Biden already signaled a return to the Paris agreement in day one of his presidency. That is a good start but much more work needs to be done.

My plea to Democrats is that they become the Green party. Show the American people that it is not about destroying capitalism but saving it and making it sustainable. Work with Republicans, corporations, and anyone willing to tilt this economy towards sustainability. The COVID reset should be an opportunity to shift the economy towards more equitable, holistic, and long-term thinking. An economic system in which a tree is worth more dead than alive is not just an impediment but the root of the problem. We cannot address our climate crisis until this structural problem is rectified.

As a person of faith, I believe there is no issue that carries as much importance and consequence as this one. The environment impacts all races, ethnicities, and socio-economic statuses. It is not even limited to humanity but affects all of life on our beloved planet. Furthermore, it has the potential to unite us but also the danger of ending our existence if we ignore it.

A Task for All of us

Above all, it requires bold leadership that is able to build consensus across many interest groups represented in our political system. That is why it must be de-politicized. This requires a change of approach from both Republicans and Democrats. On the GOP side, moderate voices must rise up and reject climate denialism. We need conservative voices to participate in this process as government policy will not be enough. Courageous moderates should buck the more radical voices in the party that question the science on this matter.

Democrats, on the other hand, should not use this issue as an excuse to enact progressive policies. They should also be willing to work with moderates on the other side who take this issue seriously. It is important that this issue does not get confused with Socialism but is understood as the transcending matter it actually is. The Green New Deal is a good start but Democrats should be willing to incorporate Republican ideas that can help it make it more effective.

Finally, faith leaders must also do their part. Celebrating “Creation Sunday” once a year won’t cut it. If conservative Christians are militant about life and progressive Christians are passionate about the poor, they both can come together to uplift the planet that sustains life and empowers the poor through its bounty. Christians and people of other faiths in this country should come together on this matter. They can play a crucial role in compelling a distracted society to join in the fight to preserve, restore, and maintain our biosphere.

Elias Kruger is a husband, father, data scientist and lay theologian. He blogs at AI Theology about the intersection of theology, science and technology longing for integration and the flourishing of life.