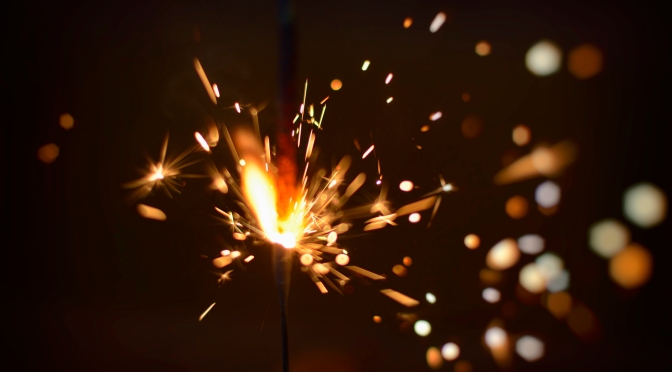 Ebony Adedayo about what the Pentecostalism she grew up in was lacking.

“What will people think

When they hear that I’m a Jesus freak

What will people do when they find that it’s true

There ain’t no disguising the truth.” – Jesus Freak, DC Talk

If there is anything Christian song that characterized my experience as a young person, it would have to be DC Talk’s Jesus Freak. Released in 1995, it defined what it meant to live a life completely sold out to God. Living a life on fire, as we so affectionately called it, was a big deal for youth like me who grew up in a Pentecostal context such as the Assemblies of God. In the era of the Brownsville Revival and the Toronto Blessing, being consumed with anything else simply wasn’t an option if you were truly a Christian.

We competed for God’s blessings, well rather, the manifestation of the Holy Spirit in our lives. The true marker of our commitment to God was whether or not we could speak in tongues. The second was whether we would get slain in the Spirit or at least, have a prophesy directed our way when the evangelist laid their hands on our head. And because I experienced both of these things, I was confident that I was a truly living a life that was pleasing to God.

We were mainly concerned with the visible works of the Holy Spirit. Sure, we cherished the fruits of the Spirit – things like love, joy, peace, and patience – but there were very little sermons preached about how we live in comparison to ensuring that we were full of the Spirit. We prayed for it. We fasted for it. We did all nighters and See You at the Pole rallies to prove just how sold out to God we were. We toiled and tarried at the altar, sometimes for hours, convinced that if we did our part, God would show up and pour out His Spirit in the same way He did in the early church, at least in the same way He did in the Azuza Street Revival. And we judged other Christians who were not pursuing God in the same manner, attaching value statements to believers, and churches, who were not experiencing powerful demonstrations of the Spirit.

And as God filled us with the power of the Holy Spirit, we hoarded the anointing and spent it on ourselves. We did not care, or cared very little, about how the same Spirit might turn the world upside down. Unlike the early church, fullness of the Spirit to us meant more manifestations evidenced in increased church attendance, new conversions, and acts of speaking in tongues. My, how we prioritized speaking in tongues. But we did not think about how the Holy Spirit might use us to dismantle the systems of injustice that were holding people captive to oppression and pain.

The early church was so powerful and threatening in their witness because ushering in God’s kingdom whilst dismantling kingdoms built upon exploitation and oppression was their modus operandi. The fullness of the Holy Spirit for them, meant tongues and other visible demonstrations of the Spirit yes, but it also meant power. In fact, this is the very thing that Jesus emphasized to the disciples before His ascension: “But you will receive power when the Holy Spirit has come upon you; and you will be my witnesses in Jerusalem, in all Judea, and Samaria, and to the ends of the earth (Acts 1.8, NRSV).”

As we can see, Jesus never talked about the form in which the Spirit would come, He never talked about the visible gifts that were attached to the Spirit’s presence. Jesus chief concern was that the Church, empowered by the Spirit, would be a witness to the world around them. In His physical absence, Jesus wanted these new believers to bear witness to His ministry and commitment to “proclaim good news to the poor, proclaim release to the captives, the regaining of sight to the blind, to set free those who are oppressed, and to proclaim the year of the Lord’s favor (Luke 4.18, NET).” Without this fullness of the Spirit, they would not have been able to stand in one of the most oppressive empires in the world and proclaim God’s truth and justice.

I continue to wonder how God might use the Church in similar ways in this present moment. While it is good to think about how the Holy Spirit continues to show up in our lives in demonstrative ways, His power is meant for us to bear witness to the truth and light of God’s Word. God fills us and renews us with His Spirit, so that we, like the early Church, can withstand evil and oppression, and proclaim liberation for all of those who are bound up in exploitative unjust systems. His power enables us to stand against evil empires and proclaim God’s rule instead of the despotic rule of our present day governments.

What would it look like if we, as a Church body, began to tarry – like we used to do – to see God’s power and presence manifest itself in our life this way. Would we fast and pray, labor and be still, to witness such a mighty outpouring of the Holy Spirit that we would be filled with the boldness to testify about God’s truth and justice in a time where truth is being redefined and social justice is being threatened at every turn? What if we allowed God to fill us with His power so that we could center racial justice for the sake of African Americans; lift up land rights for the sake of this land’s original inhabitants – the American Indians; promote hospitality for the sake of immigrants and refugees whose countries have been torn apart by war; pursue economic strategies that liberate instead of further marginalize the economically disenfranchised among us; and embrace civil liberties for our LGBTQ communities.

We could then witness the power and fullness of the Holy Spirit, that same Spirit that raised Jesus from the dead and that enveloped the early Church, work miracles and transform our society in a way that we have never seen before. Who would have thought that the Church really could turn the world upside down! 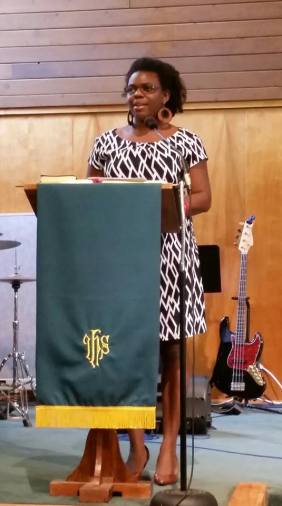 Ebony Adedayo was born in 1983 in Milwaukee, WI. She moved to the Twin Cities in 2001 to attend college, and earned a B.A. in Pastoral Studies (Cross Cultural minor) from North Central University in 2006, and a Master of Global and Contextual Studies from Bethel Seminary in 2010. A licensed minister, she has served with youth, young adults, and in missions ministry. Ebony is passionate about the intersection of faith, justice, and reconciliation and is the author of Dancing on Hot Coals and Embracing a Holistic Faith: Essays on Biblical Justice, and blogs at www.ebonyjohanna.com. You can also find her on twitter at @ebonyjohanna.

2 thoughts on “The Social Dimension of the Power of God”

Thoughts On The George Floyd Memorial and Racism.

I’m writing this not as an expert nor as one who has been fully formed.  I am what is called in the new term, an anti-racist.  This does not mean that I have it all figured out or that I am not growing in my awareness of my own complicity in this racism that plagues […] 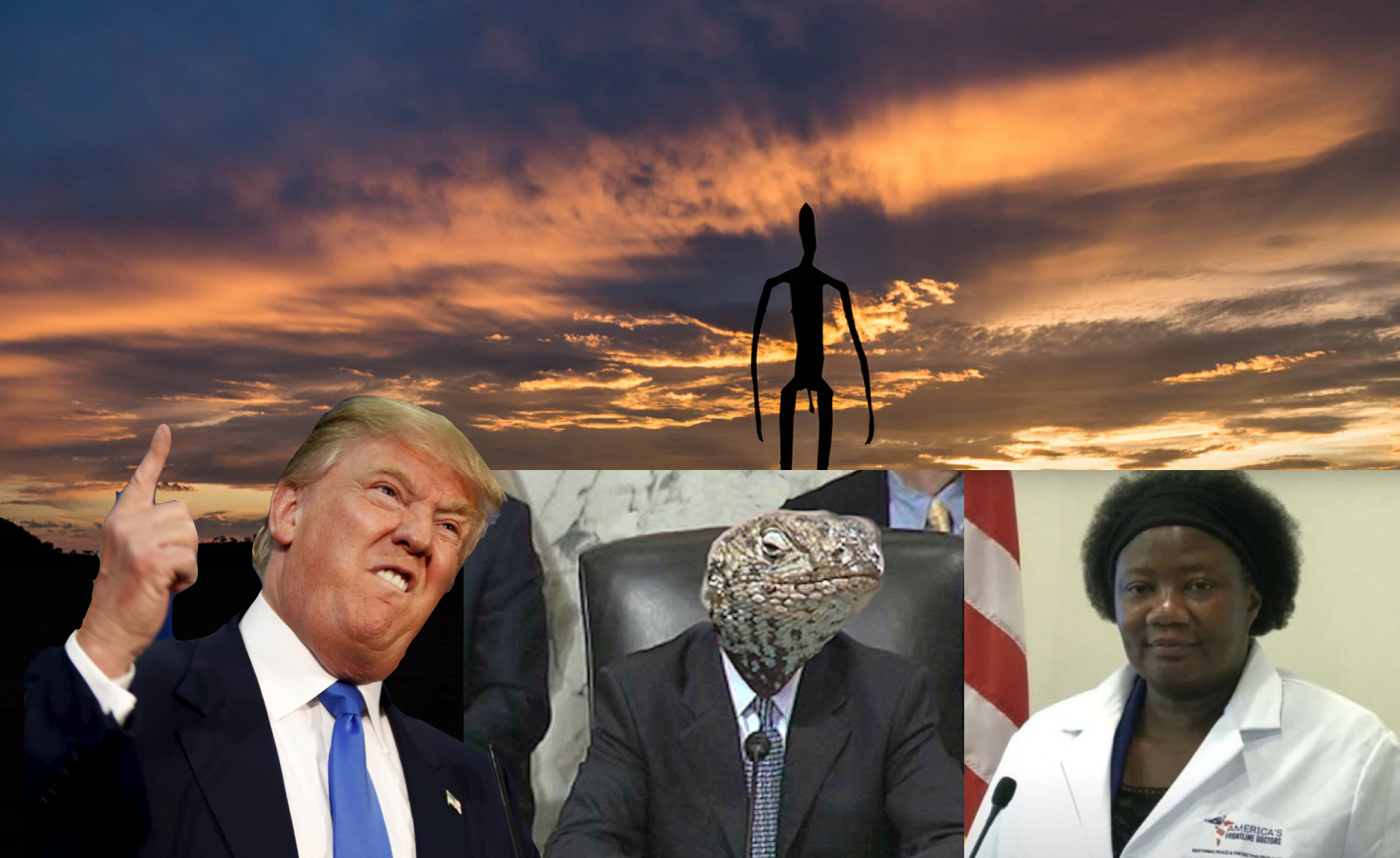 Now, there’s a headline you don’t get to write every single day. Nor do you often get to see this trending on Twitter: 2020 continues to deliver when it comes to weirdness. So does President Donald Trump. Here’s the story in a nutshell. Donald Trump’s son, aptly named Donald Trump Jr., recently labeled a video […]

Why Not Say “Justice” Instead of “Social Justice”? 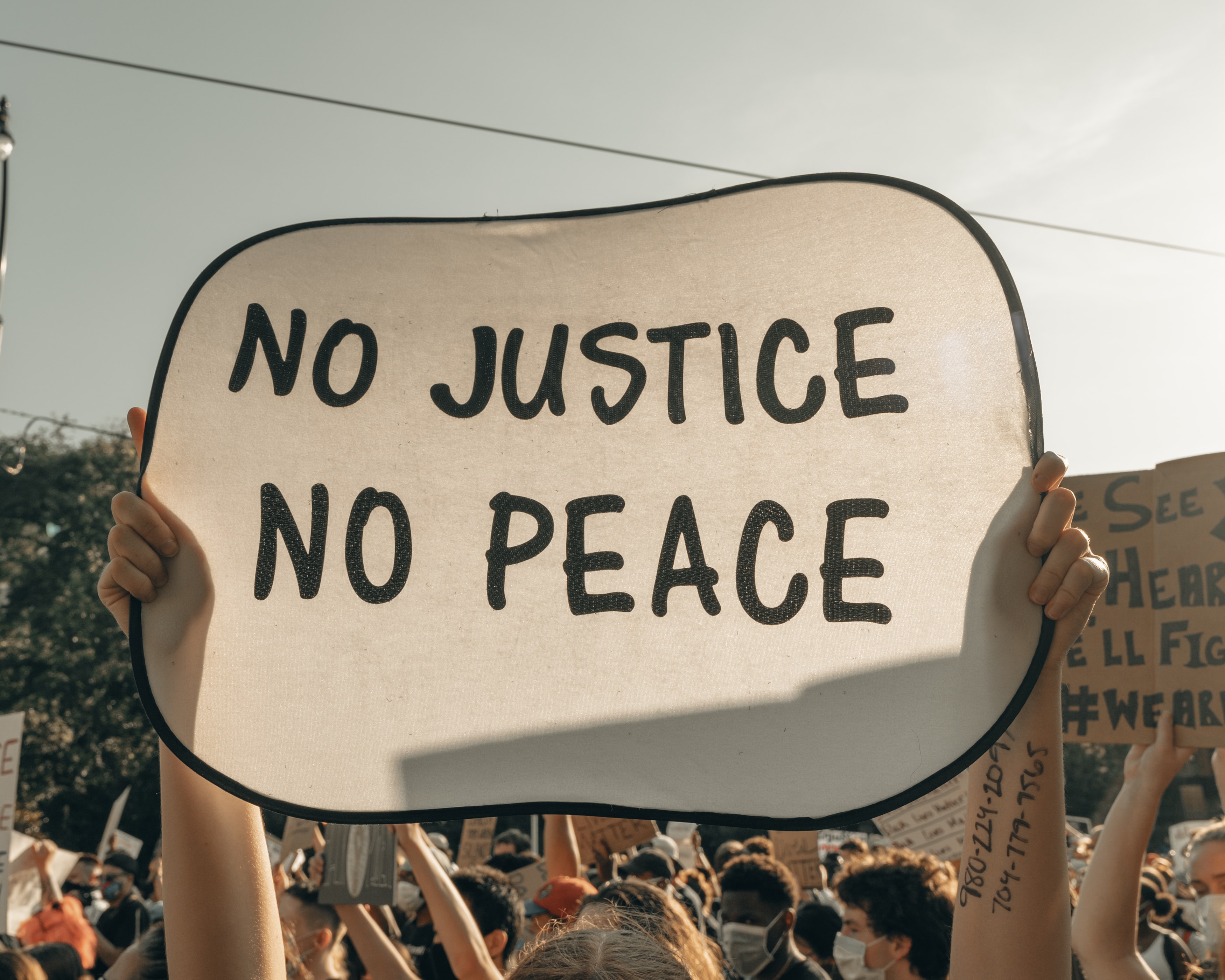 Whenever I mention the term “social justice”, many American Christians freak out. They desperately do not want me or anyone else to use that word, as if it had the power to summon a dark lord or something. Even when they agree with me that the content of what “social justice” typically signifies (economic equality, […]